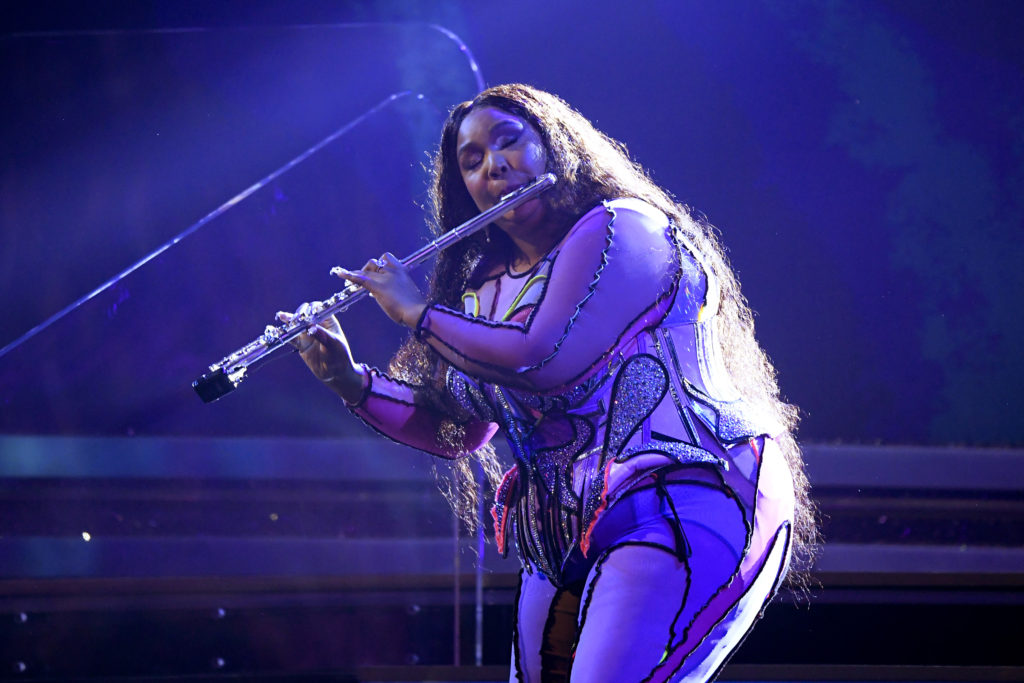 Over 20 channels of Sennheiser Digital 6000 are deployed in milestone broadcast event, with marquee performances by Lizzo, Blake Shelton, Brandi Carlile and others

In light of an ever-congested RF environment and an unrelenting demand for wireless frequencies, this year’s technical deployment was nothing short of a milestone accomplishment. After receiving the microphone signal, each receiver channel of the Sennheiser Digital 6000 wireless was then relayed across a dual redundant Dante network which carried multiple streams of identical multi-channel audio all the way to various digital mixing consoles located throughout the venue.

“This is the first time the GRAMMY Awards has been able to deliver the vocal wireless mics on a completely digital path all the way to every mixing console,” observed Jeff Peterson, PA Designer of ATK Audiotek. According to GRAMMY Awards audio coordinator Michael Abbott, by combining a high-quality digital wireless microphone system and a Dante network as a transport protocol, the show has achieved a vastly improved frequency response. “The mixers have commented on how they are able to do less EQ carving in the low-mid frequencies, and the extended high frequency response we are getting with the wireless mics is introducing low pass filtering – which we have not had to do in the past.” 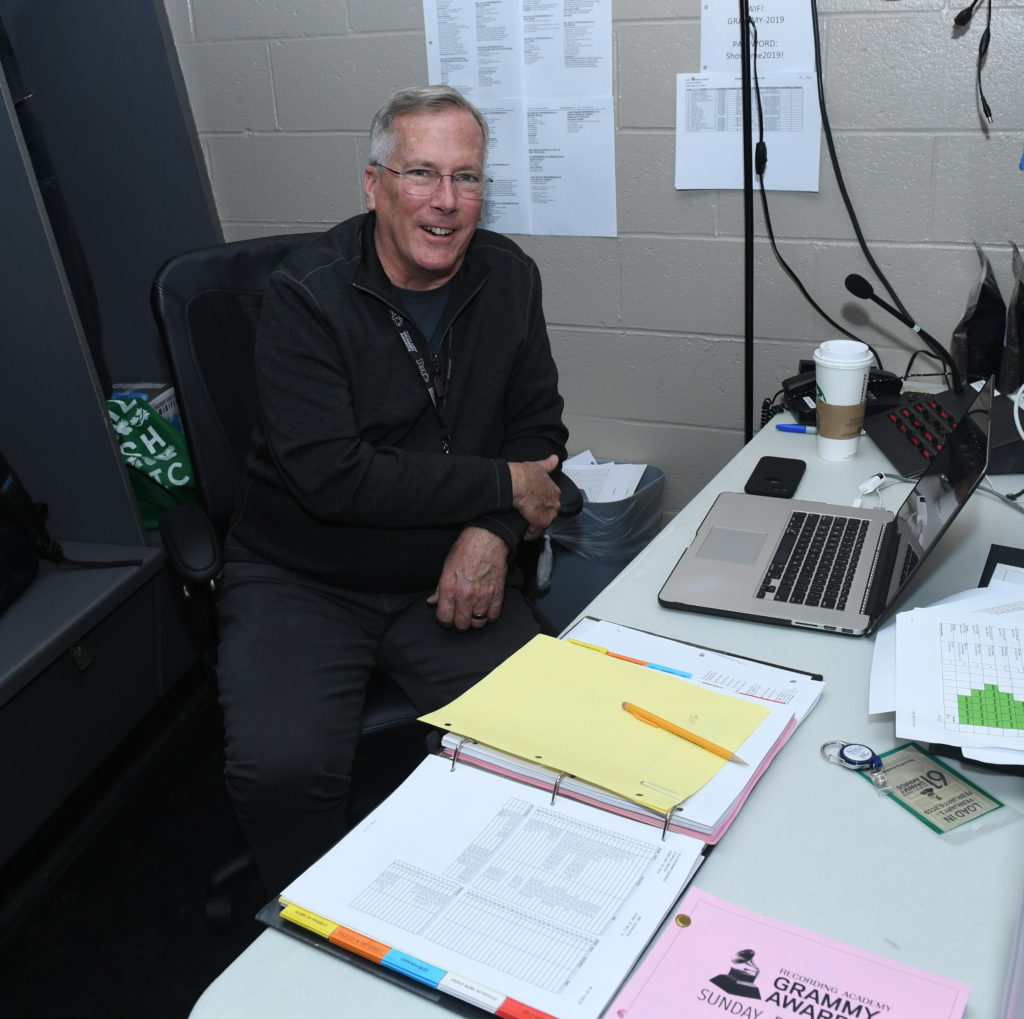 Abbott, who has been using Sennheiser systems on the GRAMMY Awards for more than 30 years, specified the Digital 6000 system for all the production and MC microphones at this year’s show. “We appreciate the frequency agility of the Digital 6000 in such an RF-intense environment,” he says. “This allows us to deploy multiple transmitters and receivers with reliable performance.” “The RF on this show is complex to say the least,” adds Peterson. “Monitoring, control, and flexibility are the features that help us the most, and we benefit considerably by the Digital 6000’s resistance to interference, in addition to its efficient use of bandwidth.”

Stephen Vaughn, Coordinator for Soundtronics Wireless, ensures that all the wireless microphones and in-ear monitors work in harmony with each other for the duration of the program. “The Digital 6000 is impressive,” he states. “The amount of frequencies I can get in one TV channel is the part that really helps me out in today’s environment. Even if you don’t have a scope, you can just look at the quality meter on the front of the unit and tell whether or not you are taking on interference or not. Also, the fact that the Digital 6000 transmitters use rechargeable batteries is a key factor for me, since I am tired of dumping hundreds of batteries in the trash. With the 6000, there is none of that: you just recharge them and just reuse them. I am leaving a much greener footprint during these shows and I feel more comfortable using these over disposable batteries.” 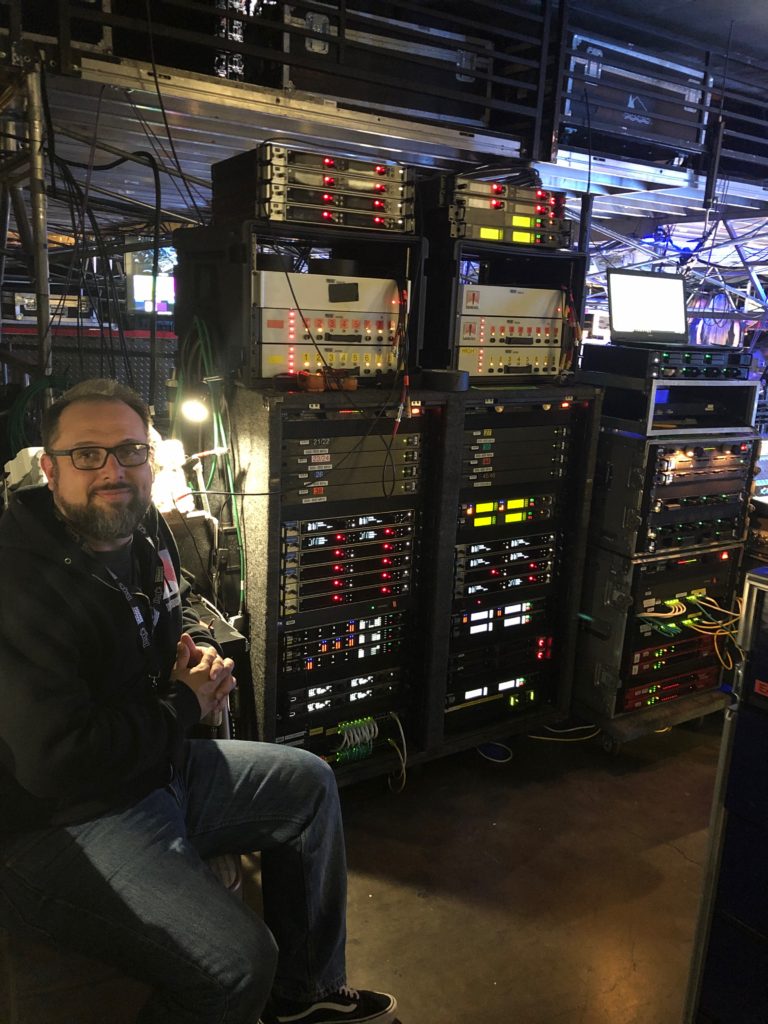 Stephen Vaughn, Coordinator for Soundtronics Wireless, ensured that all the wireless microphones and in-ear monitors worked in harmony for the duration of the GRAMMY Awards

Lizzo delivers a grand opening with Sennheiser
Lizzo quickly set the tone for the show, opening the GRAMMY Awards by offering a heartfelt remembrance of Kobe Bryant and delivering a riveting medley of “Cuz I Love You” and “Truth Hurts”. Singing through a Sennheiser SKM 6000 handheld transmitter coupled with an MD 9235 capsule, the 8-time GRAMMY nominee – who also won the evening’s first GRAMMY Award with “Best Pop Solo Performance” – showcased her amazing talent, versatility and charisma, supported by an orchestral ensemble and several ballerinas. Towards the end of the performance, Lizzo’s flute – adorned with a Sennheiser SK 6212 wireless mini-bodypack transmitter and an ME 104 lavalier microphone – was lowered by a trapeze as she careened into a breath-taking instrumental solo.

“The SKM 6000 and MD 9235 has been my go-to combination since the D6000 line debuted – the capsule is a perfect fit for Lizzo’s powerful vocal,” says Brandon Blackwell, FOH for Lizzo. “She is a very strong vocalist and unlike capsules from other manufacturers, the frequency response does not seem to collapse, losing the warmth in the low mid frequencies and the high-end definition.” For her flute performances, Blackwell says that going wireless has been liberating: “When I first joined, Lizzo was playing her flute into her vocal microphone on a stand. Now, with the SK 6212 transmitter, she can play when and wherever she wants. The transmitter is so small and lightweight, that you can barely see it. Paired with the cardioid ME 104 lavalier microphone and some precise placement by our Monitor Engineer/Flute Tech Loreen Bohannon, we get a rich sound from her flute. Also, can we talk about the battery life? It is amazing!”

Brandi Carlile sets the gold standard
Brandi Carlile, who was recognized with several GRAMMY Award nominations, performed a powerful duet alongside Tanya Tucker of “Bring My Flowers Now” – which also won “Best Country Song”. Carlile, who accompanied Tucker on piano and also sang harmony, sang through a gold-plated Sennheiser SKM 6000 handheld transmitter, coupled with a Neumann KK 205 capsule. “It all started at the Grammys a year ago where we came in and brought the wired gold Neumann 105 in, and as the show progressed, I thought it was about time to get her on a wireless mic,” recalls Sean Quackenbush, FOH for Brandi Carlile.

“I reached out to Sennheiser, and they showed me some options that coupled the Neumann capsule with a Digital 6000 – it was a no-brainer at that point. Since then, the performance of the system has been just stunning with the amount of frequencies you can dial in. Since then, I’ve taken the system all around the world and it’s been rock solid through and through. Also, I don’t have to worry about expanding certain frequency bands for certain countries since the system RF is so efficient. It’s just been rock solid through and through.”

Dependable performance with customers at the core
No matter where they are in their career trajectories or how big the stage, Sennheiser remains by its customers’ side: “Sennheiser has had my back coming up on 20 years now, throughout almost all of my career,” offers Quackenbush. “The Digital 6000 – as well as Sennheiser’s support – has been top notch.”

“The support from Sennheiser has been amazing,” adds Blackwell. “Whenever I have an issue – which is really rare – Sennheiser is always there for me and my issue is usually resolved in less than 24 hours. As a sound engineer, we decide to use certain products based off their sound qualities. But for me, the customer service is what makes me continually come back. I’ve had great support from the start with Sennheiser and will continue to use and purchase their products.”