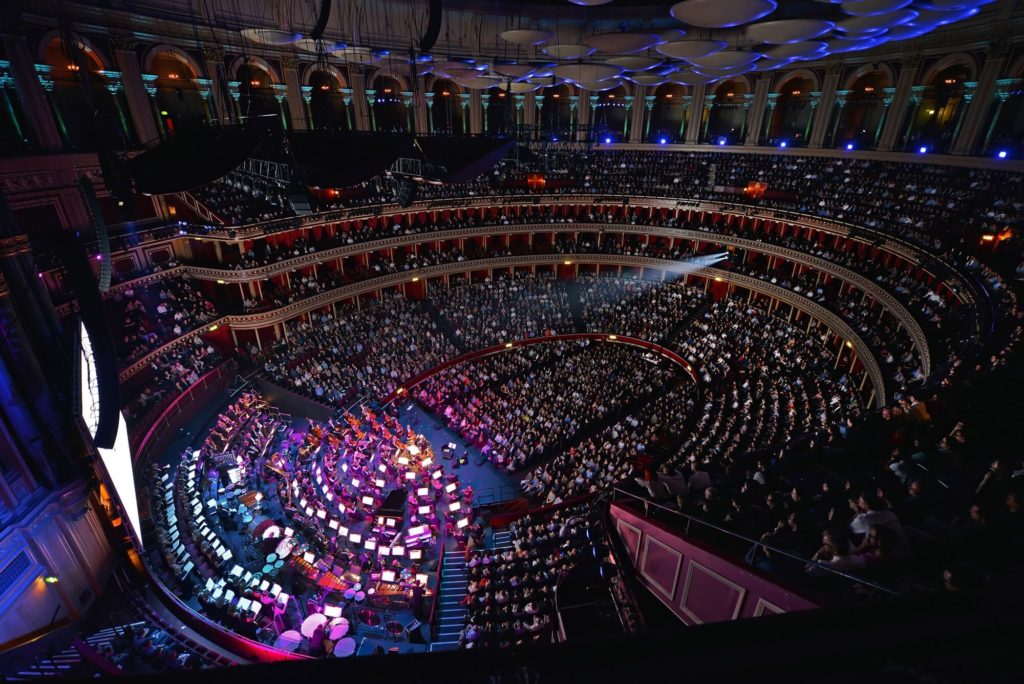 Driven by a vision to provide its audiences with life-enriching, unforgettable experiences, the hall has installed the world’s largest single room audio system with over four hundred and fifty individual loudspeakers from the d&b audiotechnik range.

The Olivier Awards, celebrating the finest performances in British theatre, served as the perfect showcase for the system’s exceptional coverage and flexibility, significantly enhancing the overall listening experience inside the auditorium.

“Previously our control over the audio experience was limited and often didn’t meet our high standards,” explains Ollie Jeffery, HoD Production and Technical at the RAH. “What we wanted was to bring sound in-house with a properly implemented system and make it so good that the majority of productions would feel comfortable using it. Naturally, everyone who has ever played here wants to get it right; some audio teams would spend five or six hours on the day taking speakers up and down, up and down, trying to achieve that end, but it was always a compromise. It wasn’t that our service providers were doing anything wrong, but we felt the difficult challenge of delivering world-class audio within the extremely demanding geometry of the room, could only be met with a different approach to the goal.”

The basic premise is that the room and the system is split vertically into three levels. Through rigorous modeling and many rounds of finding out what was physically possible, the team managed to secure the loudspeaker locations for all three sets; that allowed for coverage, imaging, level, and control – to find a balance in the midst of what is an intricate sound system.

Steve Jones, d&b audiotechnik Application Support team comments, “The separation of the three levels has worked so well that you can sit in the stalls mixing a show and barely notice if you mute the gallery and circle when the system is balanced in terms of level. Then to add the icing on the cake we use the d&b DS100 Signal engine, with its crosspoint delay ability, to separately matrix off the left, right and vocal channels to the front fills, circle and gallery, to give really incredible timing and clarity to all areas of the hall.” 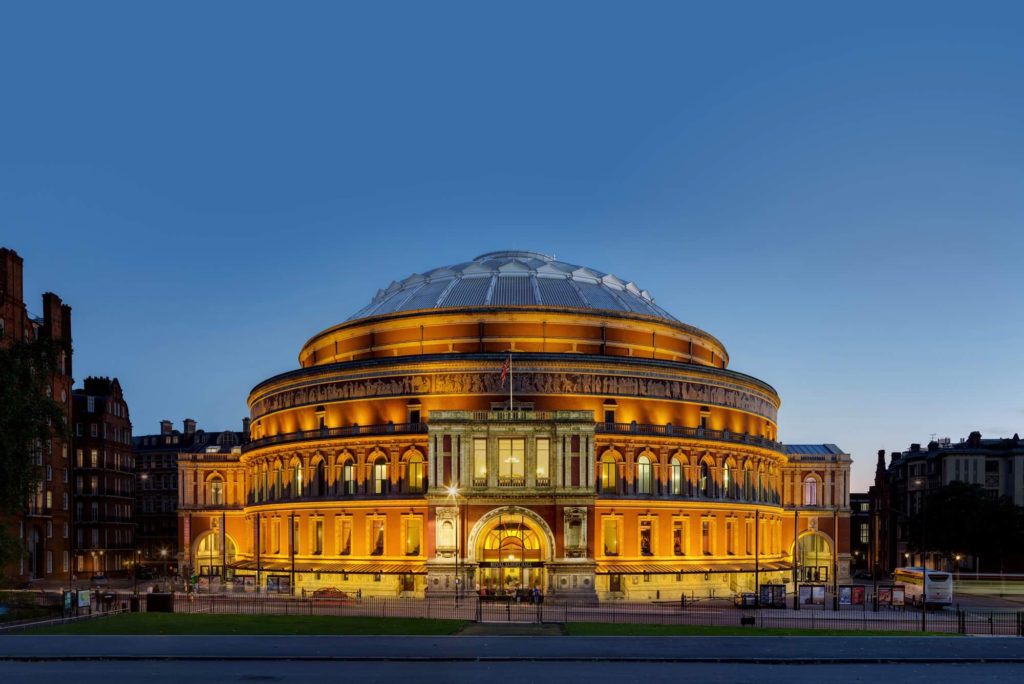 The audio network runs over a DiGiCo Optocore fiber loop with redundant Dante network over Ethernet. Amplifier control is via the DS100; all amplifiers are d&b – a selection of the installation specific 10D and 30D, with the D20 and D80 touring amps for the V-Series and subwoofers. Monitors include M4 wedges, with E6 and E5 loudspeakers. While tiny custom coloured 4S loudspeakers, deliver sound discreetly to all one hundred and forty boxes around the auditorium.

Resident Audio Manager, Borneo Brown: “The multiple aspects of the final design solution, the way the vertical separation of the audience areas are properly addressed, and the way all the boxes have been included in that plan, means that since the system has been commissioned, and whatever the demand of program material placed upon it, we have been able to tailor to every differing need. The DS100 matrix is a critical tool and the multiple scenarios Steve Jones has anticipated and programmed into it is a key factor.”

For touring production managers and sound crews, the logistical headache of reconfiguring touring audio arena systems for the idiosyncrasies of the RAH is a thing of the past. “This is the biggest improvement to what our audiences hear since the mushrooms went in in the 1960s,” concludes Jeffery. “Everyone is using it, orchestral, pop, rock and roll. And we expect that uptake to increase; we already have things in place to carry this system into the future as that demand and expectation arises.”

The installation and integration of the complete system was carried out by SFL, a UK based sound production, and integration company and sales partner for d&b audiotechnik.

Craig Hassall, Chief Executive of the RAH. “Kylie Minogue, Take That, Frank Sinatra… these are just some of the incredible artists who have played the hall, and like them, the hall constantly has to challenge perceptions and reinvent itself for modern audiences. This investment is about more than updating the sound system. It’s about future-proofing the building as we approach our one hundred and fiftieth anniversary in 2021, so that its fit for another one hundred and fifty years.”

The Royal Albert Hall is more than a venue. It is an iconic destination that has played a significant role in producing cultural enlightenment for its audiences since 1871. Be the program classical, contemporary or sports, the Royal Albert Hall is an inspirational stage for the world’s most influential artists and their audiences.