Musical artist Leehom Wang, aka Wang Leehom, is a Taiwanese-American singer-songwriter, actor, producer, and film director. Born in Rochester, NY, he was formally trained at the Eastman School of Music, Williams College and Berklee College of Music. His musical style is known for fusing Chinese elements with hip-hop and R&B. 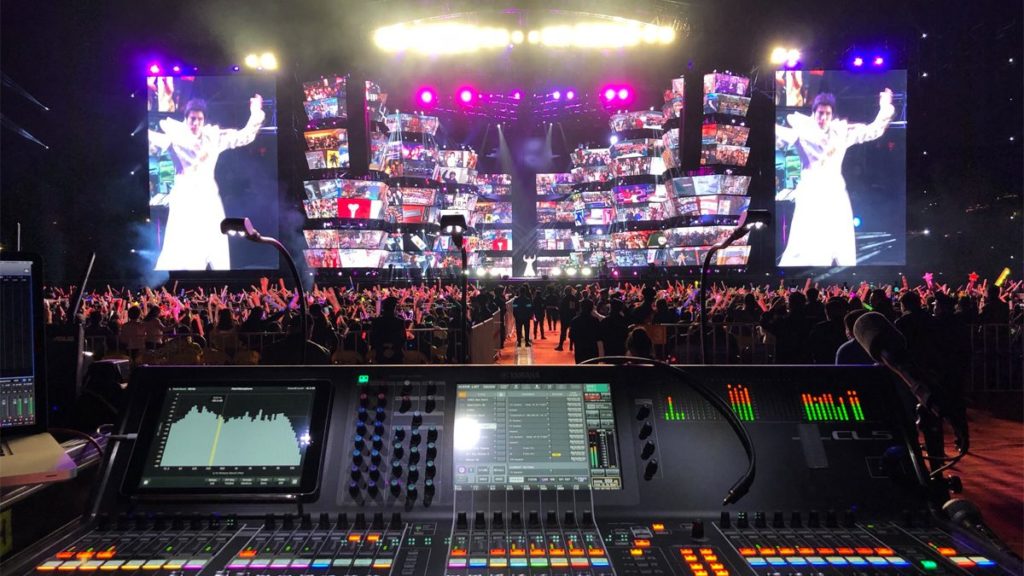 “Leehom knew I was most comfortable using Yamaha and my request was to mix on a Yamaha RIVAGE PM10 system. Since he was purchasing the system it made a lot more sense to go with CL, even though I preferred and had originally requested PM,” states Baldwin. “Leehom asked if I could get a high quality mix on a CL5,” states Baldwin. “I reminded him of one of my favorite sayings… “The best do the most with the least, for the longest.” While the CL Series is certainly not “the least,” as our channel count was under 64, I am still able to make a great sounding show, create digital assets, and retain the musicality necessary for an artist of this magnitude on the CL Series.”

Ultimately it was an easy choice for Leehom to decide to purchase the entire control package that consists of two CL5’s, four Rio 3224-D2 units, and four SWP1-8MMF switches.

“Engineers are always given whatever gear they want on their wish list to use on a stadium tour of this size (provided it is within production budget),” Baldwin says. “With any series of Yamaha console, I never paint myself into a corner using tons of plug-ins or processing and prefer to spend more time communicating with the artist, musical director, and band to create the most impactful and musical experience possible for the audience. All the while, easily creating digital assets for the artist that can be of financial monetization to them later on. That kind of experience literally pays for itself and I’ve used Yamaha to help me every step of my career.”

“What gives Yamaha the leg up on any other manufacturer is that no one else in the audio business builds industry-leading grand pianos, keyboards, guitars, basses, drums, brass instruments, etc. the way Yamaha does. The integration of musical aspects into the console are easily apparent throughout the naturalness of the way the EQ sounds, the physical layout of the console itself, the relationship with Rupert Neve Designs, and use of the Yamaha’s patented Virtual Circuitry Modeling. The Premium Rack options have allowed me to ditch any thought of going ‘out-of-console’ for supplemental plug-in servers of any kind. Resulting mixes are clean, sound great and have been consistently released recordings immediately after the show. Not many engineers can say that and I take great pride in that fact.”

Baldwin said the tour averages between 50,000 to 75,000 audience members per show in stadiums all over China and including lights, lasers, remote light sticks, show direction, video crew, camera operators, etc. they have a total of 21 technicians working out at the front of house tent. “I love the fact that I have the smallest setup of anyone at the front of house position but I get to help Leehom and his band create this massive sound! Yamaha has always been a responsible part of my sound.”